The Time We’re In

I was recently in a film called The Time We’re In. It’s a beautiful story by multiple award winning writer/director, Damon Stout. The story follows Gabriel (played by me) as he figures out a way to stop time, in a effort to save his wife, Nadia, after he finds out she has cancer. I got to work alongside some wonderfully talented people on this project, including Mary Thornton Brown who played Nadia.

The film has been accepted as an official selection for the 2015 Cannes Film Festival. 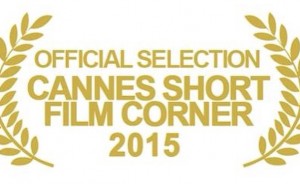